Medusa is a Gorgon, but unlike her two immortal sisters Sthenno and Euryale, she’s a mere mortal girl. During a visit to Athena’s temple, she’s raped by the sea god Poseidon. The goddess takes her revenge afterwards by cursing Medusa with snake hair like her sisters and a deadly stare. Anyone who looks at her turns to stone. Meanwhile, Perseus, son of the supreme god Zeus and the mortal Danae, must go on a quest to save his mother from a forced marriage. His mission? The head of a Gorgon.

There’s no one who can tell more enthusiastically about Greek myths than Nathalie Haynes in the press, podcasts or her non fiction books. This enthusiasm can also be found in her novels. Stone blind is an absolute gem!

Stone blind tells Medusa,’s story, but it isn’t the story you’re familiar with. In this book everything is turned upside down. Gorgons are not monsters with snake heads and Perseus is not the hero of the day, but a stupid boy who can achieve nothing without help from the Gods.

And those Gods, perhaps even more than Medusa, play the leading role. Zeus, Hera, Poseidon, Hermes, Athena… They watch over the humans and play with them. There’s a lot of humour in the chapters of the Gods, but also quite a bit of drama. They are always fighting each other or cursing mortals.

Just as in ‘A thousand ships‘, the chapters are told alternately from many perspectives. Medusa, Athena, Perseus and Andromeda pass by frequently, but Haynes chooses so many different characters who all contribute to the story in their own right. This is storytelling in its purest form. I did like the chapters of Medusa and her sisters the most and disliked Perseus off course . I hadn’t heard about Cassiope or her daughter Andromeda before, so this was a new story to me. It all falls nicely into place at the end of the book.

No matter how good the books of Madeline Miller, Pat Barker or Jennifer Saint, Nathalie Haynes is the true queen of Greek myth retellings. I hope there will be another book soon and in the meantime I must make time for ‘the children of Jocasta’.

Thanks to Netgalley and the publisher for a copy of this book in return for my honest opinion.

This is book 12/20 for ‘20 books of summer‘. What’s your favourite Greek myth retelling? 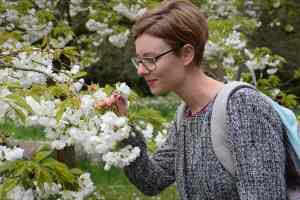